Inaugurated in June 1997, this zoo was created with over 800 animals of 200 different species, located in the heart of the Tabernas desert but with vegetation that houses more than 4000 trees. Oasys MiniHollywood Zoological Reserve belongs from the beginning to the Iberian Association of Zoos and Aquariums (AIZA), where are the most outstanding zoos in Spain and Portugal, whose aim is that zoos become into centers of recovery and environmental education. At the same time is part of the European Association of Zoos and Aquaria (EAZA), which represents and unites more than 300 institutions members in 35 countries, with the mission of facilitating cooperation between zoos in Europe and aquariums community towards educational, research and conservation aims, which are the three basic pillars that sustains our work at Oasys MiniHollywood.

One of the key tasks of a zoo is the education. For that reason, in Oasys MiniHollywood we have developed an educational offer that allows schools to think of us as a resource to complement their academic program. All our activities are adapted to the student’s academic level and have as a general aim to know the environment and the species that inhabit it, and raise awareness and promote conservation of ecosystems and the individuals who reside in them. To do this we apply different methodologies, depending on the activity in question, but all with a common denominator: values education and awareness for the environment.

Having in our facilities real movie scenarios our goals are extended to the arts and history fields, offering more educational resources to schools visiting us. In the following link you can access to our educational offer. Do not forget that we are willing to adapt our activities to the contents that may be of interest to the center or its students. If you want to try a topic that is not in our educational offerings please contact us and we will work together to make it happen.

Zoological gardens should be an important source of knowledge and scientific activity, essential in many cases for the survival of biodiversity, conservation of species, especially those that are threatened and endangered, species and natural ecosystems, as many aspects of the biology of wild animals cannot be studied in their natural habitats, especially those species where the population is declining and individuals are hard to find and observe.

With these objectives, the Oasys MiniHollywood Research Department carries out its activities with the advice and coordination of the University of Murcia. See our research projects here.

As a EAZA member since 2008, in Oasys MiniHollywood, we base our work on the conservation of endangered species that are part of our collection. We worked within the so-called “Breeding Programmes”, such as “European Endangered Species Programmes” (EEP) and the “European Studbooks” (ESB), which help to conserve healthy populations of animals in captivity, safeguarding the genetic variability of the animals in our care. These programs act to give a future to some of the most vulnerable species on the planet, especially where educational and conservation in situ work is able to actively assist in the protection of natural habitats and promote education to help local populations value their wildlife neighbors.

In addition, as a member of the EAZA, we coordinate each other inside “Taxon Advisory Groups” (TAGs), specialized in different groups of species, families or classes in which is divided the Animal Kingdom and responsible to develop the “Regional Collection Plans” by which assesses what species to protect and why protect them.

Taxon Advisory Groups, established for each specific group of animals that we work with as members of EAZA, like hornbills, felines, antelopes… TAG responsibilities are zoo and aquarium professionals who work in member institutions, and who have specific knowledge and with a particular interest in the group of species that guide. People who work at universities or international conservation organizations also act as advisors of the TAG on topics such as nutrition, health and conservation.

In this manner, from the Oasys MiniHollywood Research Department and its collaboration with the Murcia University, we work as animal health advisors for the Antelope and Giraffe TAG providing information on microorganisms involved in reproductive problems of African antelopes and directly helping the conservation of these species of endangered animals. 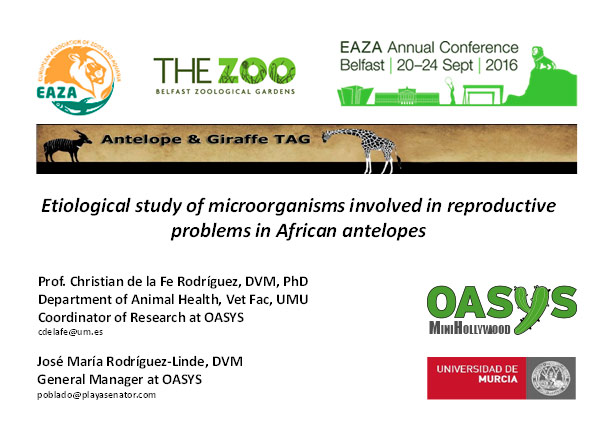 The European Endangered Species Programmes (EEP) are the most intensive population management programs among EAZA zoos.

Each EEP has a coordinator (someone with a special knowledge and interest in the species), assisted by a Species Committee. Coordinators perform tasks such as collecting information on the status of animal species which are responsible for maintaining a herd book, conduct demographic and genetic analyzes and produce a plan for the future management of each species.

Along with the Species Committee, make annual recommendations on which animal should be reproduced or not, what individuals should be moved from one zoo to another, etc.

The European Studbook is less intensive than the EEP program. The Studbook Keeper, Keeper of the Stud Book, which is responsible for a certain ESB collection, collects data from all zoos and aquariums on births, casualties, trades… caring for the species in question. These data are entered into special software, allowing the conservative to carry out analysis of the species population. EAZA zoos members should ask for recommendations to the conservative on reproductive issues or animals trades. After collecting and analyzing relevant information on the species, the Conservative Stud Book determines whether if it is working well in zoos and aquariums or if instead a stricter management would be required to maintain a healthy long-term population. In this case the conservative may propose that this species becomes treated within EEP program.

At Oasys MiniHollywood we take care of animals belonging to the following ESBs: 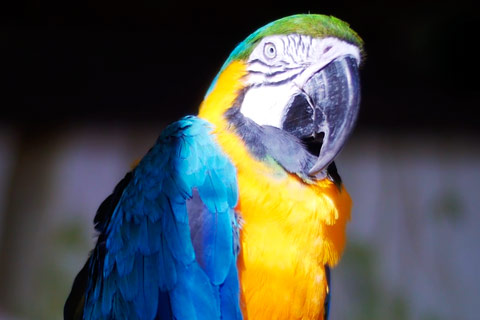 In the zoological reserve amphitheatre. The exhibition shows the biology of these exotic birds through various exercises. In addition, during the same you will discover its maintenance and management. Our intention is to educate the public that visit us in the conservation of these species. 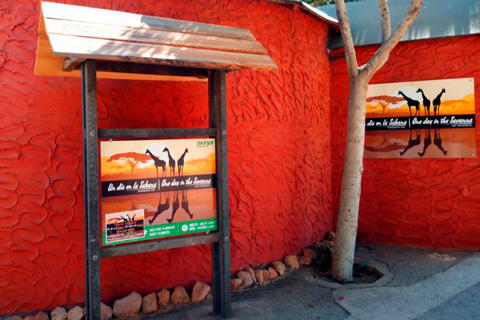 Where: alongside the reptile house and the Oasys area.
Price: extra cost.
Opening times: open all day.

With “A Day on the Savanna,” visitors to Oasys MiniHollywood can enjoy a visual journey through the landscapes of the African savanna and interact with animals in their natural habitats in a realistic, authentic way.

We step into the African savannah to meet the different species that inhabit it: giraffes, Lions, white rhinos, ostriches, gazelles, warthogs, hyenas… Spotted hyena hatchlings, just turned two months and are beginning to leave the premises with their mom. You cannot miss it! 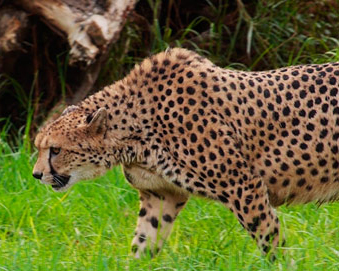 We will know the Okavango area and we’ll talk about this particular river and conservation programs of endangered species carried out in Oasys MiniHollywood. 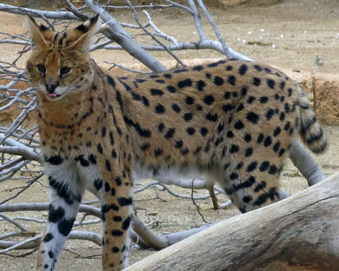 Oases are small ecosystems in the middle of the deserts that support many species. Discover its fragility. Go to its various facilities to discover different species of felines, together with our reptilarium and aviary. Look at the differences between desert and forest ecosystems through the meerkats and marmosets.

Some of our Distinguished Guests

OASYS IS PART OF

Find out more or adjust your settings.

This website uses cookies so that we can provide you with the best user experience possible. Cookie information is stored in your browser and performs functions such as recognising you when you return to our website and helping our team to understand which sections of the website you find most interesting and useful.

Strictly Necessary Cookie should be enabled at all times so that we can save your preferences for cookie settings.

If you disable this cookie, we will not be able to save your preferences. This means that every time you visit this website you will need to enable or disable cookies again.

This website uses Google Analytics to collect anonymous information such as the number of visitors to the site, and the most popular pages.

Please enable Strictly Necessary Cookies first so that we can save your preferences!

Please enable Strictly Necessary Cookies first so that we can save your preferences!